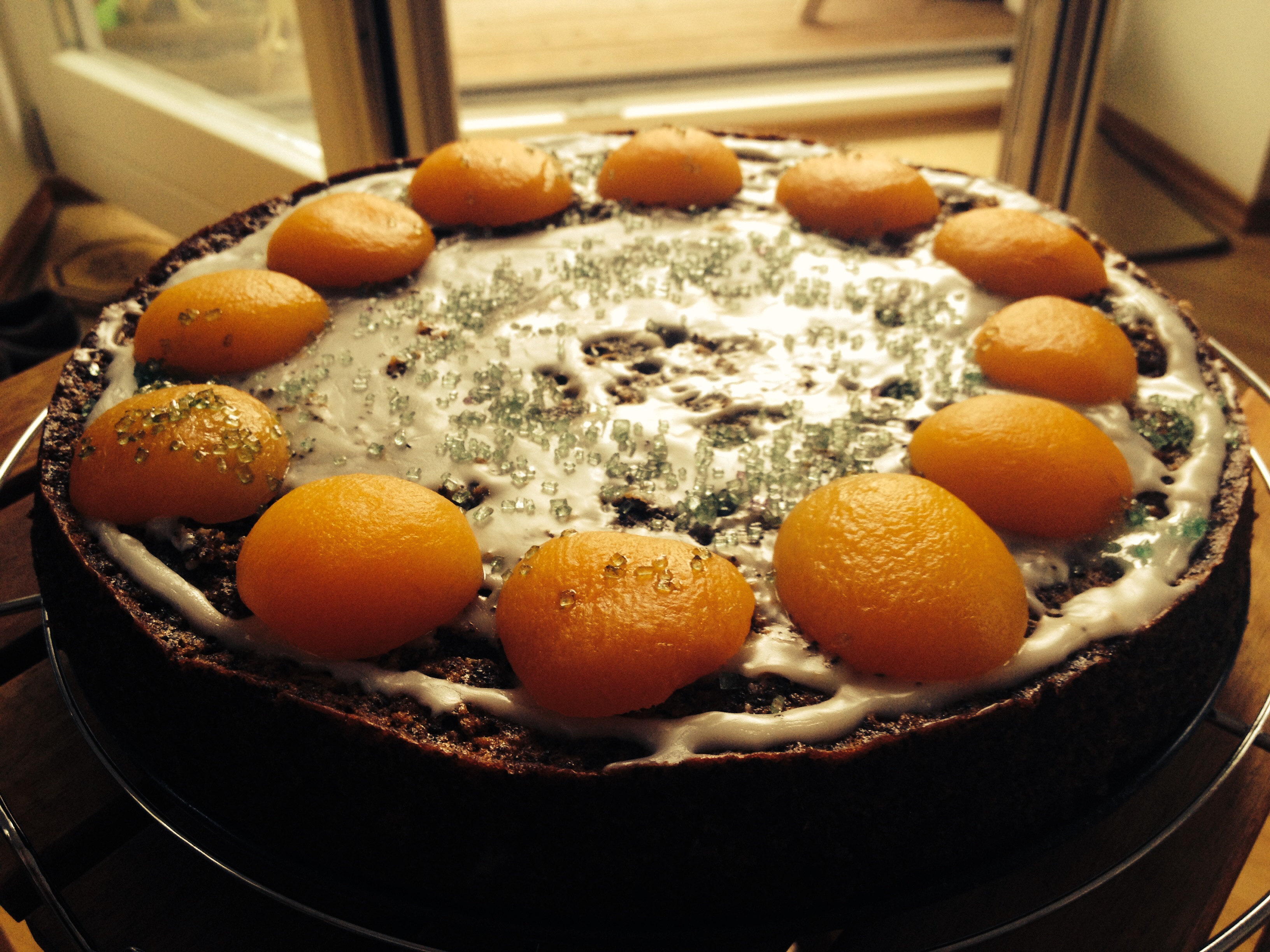 Yay, two weeks of baking in a row! How could I forget how much I like baking?

Poppy-Seed Torte is for sure one of my favourite tortes. Generally I really, really like anything with poppy seed. Icecream, Strudel, pastries, whatever. Nevertheless I never made a Poppy-Seed Torte before.

This recipe was a bit strange for me as I don't really get it why you use cake crumbs for some recipes. Is it because they are lighter than flour and therefore don't spoil the egg-snow so much?

The recipe itself is easy. Cream the butter, add sugar and eggs, fold in beaten egg-whites and the poppy-seed/sugar mix - done.
Baking time was a bit longer than the recipe said and I had to cover the torte with aluminium-foil because after about 30mins the cake was not done but started to brown at the edges.

I think it is interesting to make the torte (I would rather call it a cake) with apricots because in Austria, where I live and where sweets with poppy-seed are very, very common, we would usually rather combine it with plumbs. Or better: with "Powidl" (kind of a plumb-jam used for filling sweet dumplings) or "Zwetschkenröster" - something made of plumbs (or, in Viennese terms: "Zwetschken") that is between jam and compote. But, a famous old Viennese proverb says "Zwetschenkenröster is no compote!", so never try to call it "plumb-compote" when you happen to be in Vienna :-) 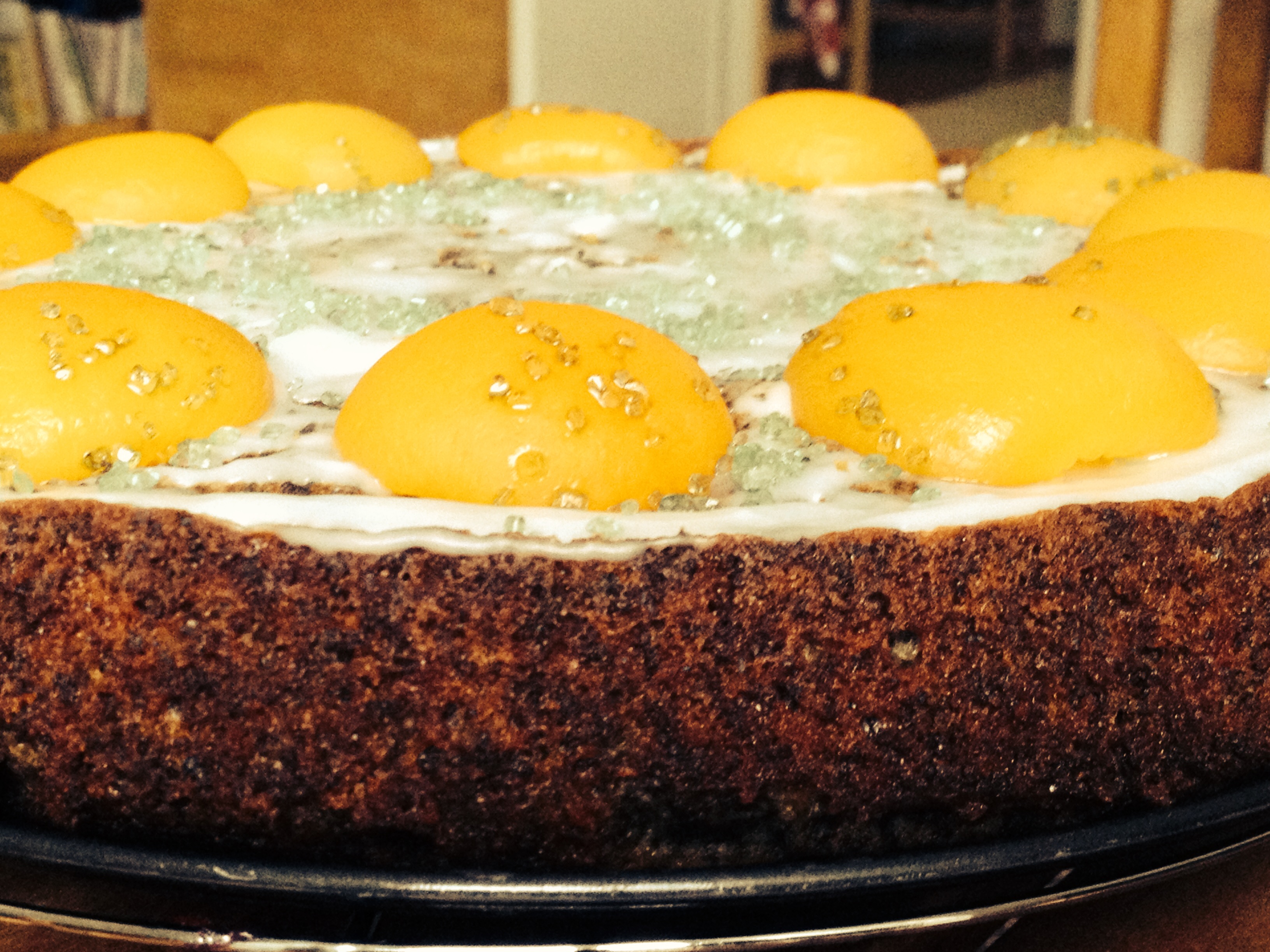 But back to the topic: Apricots were a nice different touch. Usually, my desserts taste good but I am not patient enough to also make them good looking. This time, I had some more time and patiences and really WANTED to make it good-looking because I like poopy-seed cake so much. So I glazed it and sprinkled some green sugar on it. I don't know about you, but I am pretty happy with i!

And - the most important: The cake was away more or less the moment I opened the box in the office kitchen. My colleagues loved it. Really. Me too. I rarely had such a moisty, light, fluffy poppy-seed cake. Maybe that's what makes it a torte rather than a cake :-)