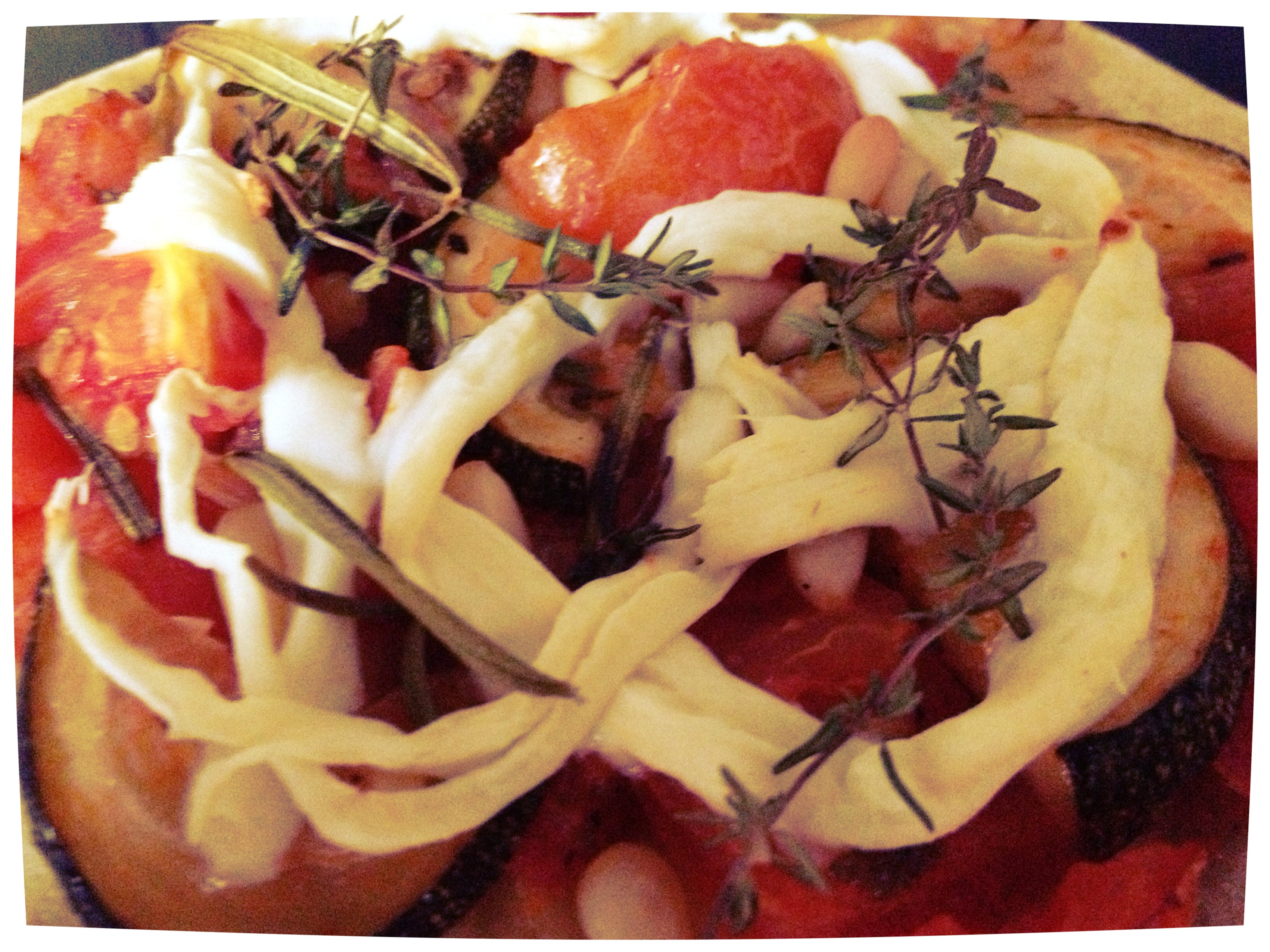 The base for this pizza is a pita bread. For a yeasted bread I thought it's relatively easy to handle, two rising/resting periods not more. That's ok.

The Eastern Mediterranean Pizza comes with a tomato topping, some pine nuts and a lot of spices. I added some goat cheese, omitted the lamb (no meat in this house) and gave it some zucchini instead. 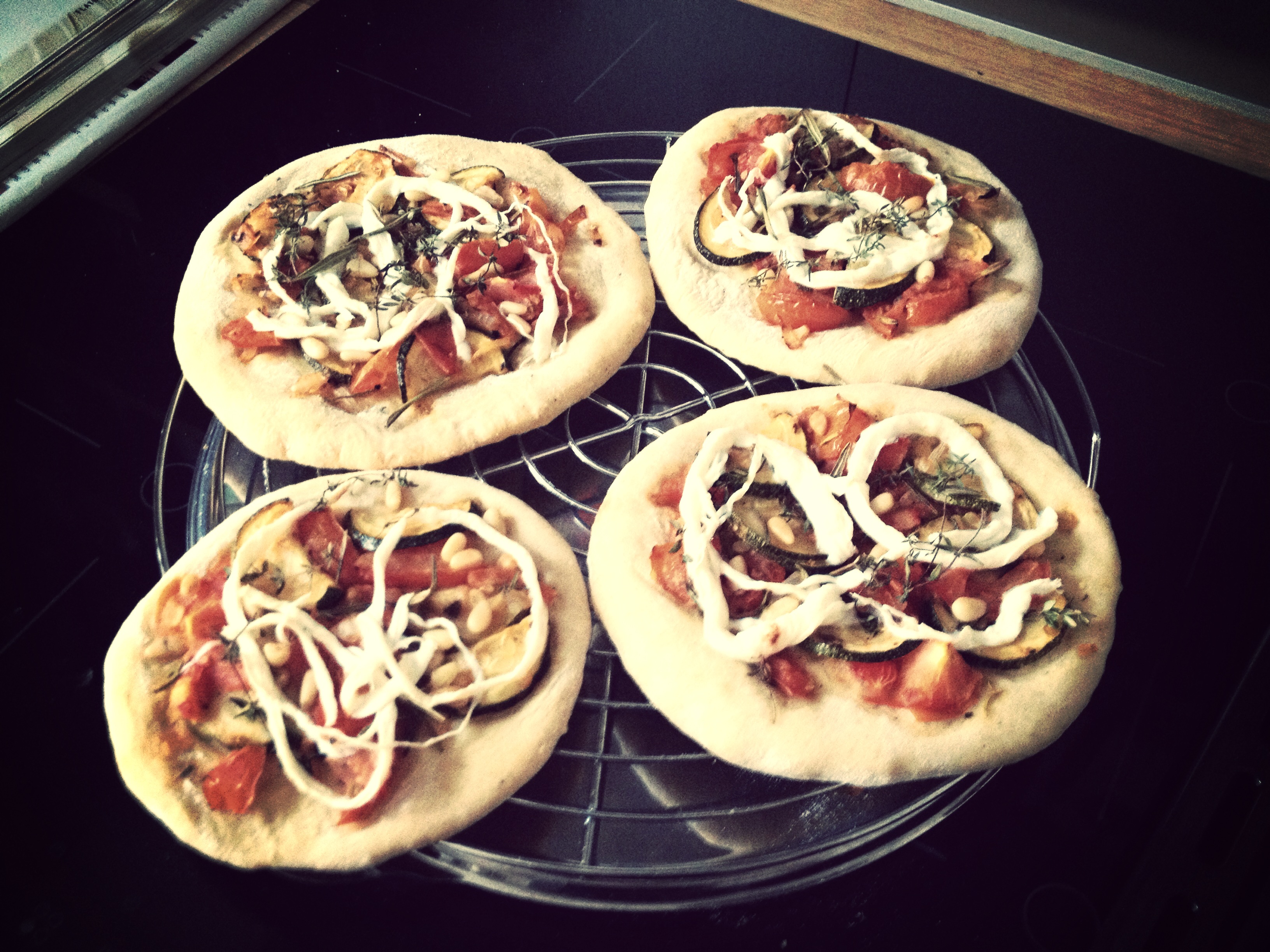 I made half the recipe and ended up with for smaller pizzas, just enough for four people for a soccer-
watching-snack. I had some dough-leftovers which I mixed up wit fresh spices and made plain mini-pitas from it (sorry, no pictures). Both - the pizza and the pitas - were really great in taste, even the day after.

Baking time was a bit longer than in the recipe, but maybe the 7,8 mins in the recipe would have even been enough.